Westchester teen makes a difference, 10 years after her death

Taylor Matthews is making an impact in the diagnosis and treatment of pediatric cancer a decade after her death. The Edgemont girl was just 11 when she was diagnosed with cancer. Wochit 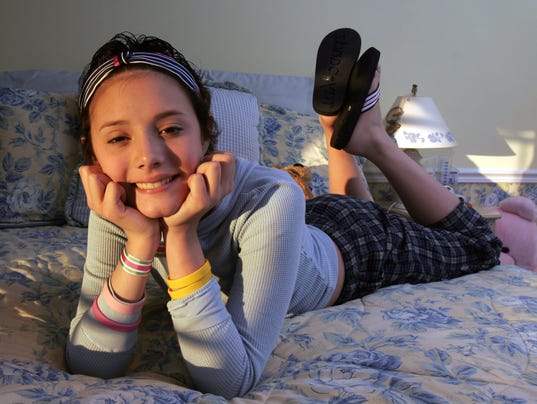 Taylor Matthews is making an impact in the diagnosis and treatment of pediatric cancer a decade after her death.

The Edgemont girl was just 11 when she was diagnosed with cancer.

“Taylor was an extraordinarily spirited, energetic, life-loving and feisty child from the day she was born,” said her mother, Sue Matthews. “Her capacity for love and her thirst for fun knew no bounds. She was all about life.”

After a fierce five-year battle, Taylor died at age 16 in 2008, but not before leaving a lasting and continuing impact on her family, friends, her Edgemont community and the larger world of those battling pediatric cancer.

Despite the grueling rounds of treatment she endured, Taylor created the Taylor Matthews Foundation, or TMF. To date, TMF and its colorful ‘”taybandz,” a collection of accessories such as key rings and hair ties, have raised $1.4 million for pediatric cancer research. 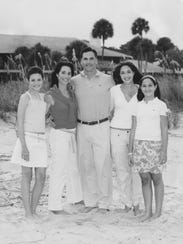 “Taylor’s positive attitude and belief in the power of love got all of us through many dark and frightening days,” Matthews said. “She adored her family and friends, loved holidays and celebrations, and never shied away from the opportunity for a little mischief. Nobody who was lucky enough to know her could ever forget her smile, her laughter, or her loving embrace.” 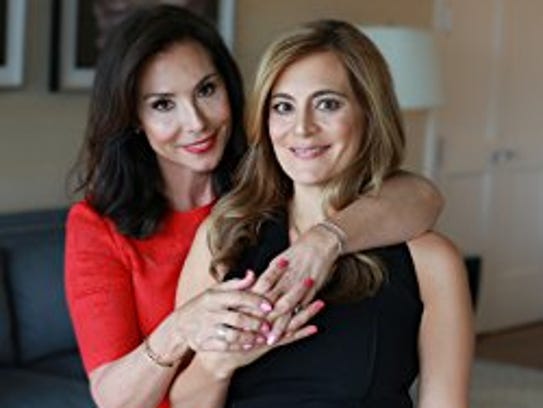 Sue Matthews and Andrea Cohane. The sisters have written a book, “Paint Your Hair Blue” that follows the cancer battle of Matthews’ daughter Taylor. (Photo: Submitted)

Matthews and her sister, Andrea Cohan, have written a book, “Paint Your Hair Blue,” (Morgan James) that charts Taylor’s pediatric cancer journey, a trip Matthews characterized as “an odyssey through the underfunded world of pediatric cancer.”

They hope others can draw life lessons from it.

During the spring of sixth grade, Taylor experienced shortness of breath during soccer drills and received an initial diagnosis of exercise-induced asthma, said her mother, who, not entirely convinced, pushed for additional testing. A routine chest X-ray revealed a large tumor in Taylor’s rib cage and a multitude of metastases in both lungs.

“Taylor was happily in school that May morning and was diagnosed with cancer in the afternoon,” Matthew said.

The family spent the next five years battling cancer and making Taylor’s life as normal as possible, complete with travel, boyfriends and preparing for her prom. But Taylor was also concerned about others.

“When she started what was then called ‘taybandz,’ our neighborhood was galvanized,” said Matthews. “She had them professionally manufactured, with the help of an Edgemont mom, and they were sold to raise money for pediatric cancer.” 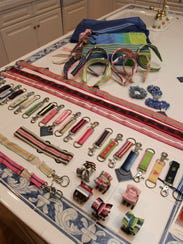 The first sale of taybandz raised $6,000 in one night at a back-to-school barbecue.

“Both kids and adults helped out selling the items at community gatherings,” Matthews said. The community also pitched in to help the family manage.“Neighbors organized a dinner-making calendar every night for many months.”

Today, students from both Edgemont elementary schools have a “Caring Kids Cancer Club,” which raises funds for the Foundation, and Edgemont High School holds an annual “Colors Against Cancer” run in honor and memory of Taylor.

“My daughter’s constant mantra was, ‘If I could save the life of one child, it would be all worth it’,” said Matthews. “In writing the book, our goal is to help others families going through a difficult diagnosis by affording them the knowledge that took us painstaking years to obtain.” 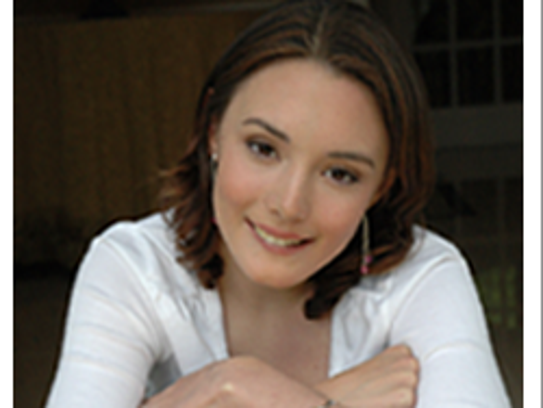 The importance of teamwork:

Through Taylor’s many hospitalizations, chemo, surgeries and ups-and-downs, Matthews said what worked for them was “to divide and conquer the myriad tasks that a cancer diagnosis puts on a family’s to-do list.”

Husband Bob Matthews worked during the day, then took over many of the daily duties at home. “He stayed up half the night researching every conceivable treatment protocol, every doctor, every bit of current research. He was the contact point for all medical conversations,” said Matthews. “I was Taylor’s care and comfort giver always trying to minimize her suffering. I was in charge of making life with cancer as much fun as possible.”

Transparency is key to the family unit:

“When a person is diagnosed with cancer, the whole family gets cancer,” Matthew said. “Bob and I agreed we would never lie to Taylor or her sisters about anything Taylor was facing. We also promised Taylor that no surgery or treatment would be undertaken without all three of us in complete agreement. Bob and I did everything humanly possible to make our other daughters’ lives as normal as possible. Their worlds were turned upside down.”

It is possible to have cancer and still be a kid:

“Taylor was living proof that cancer and fun can coexist and her friends happily followed her lead with love, support, and fun,” Matthews said. “Taylor never backed away from a challenge or felt sorry for herself. Taylor had a way of drawing people to her and inspiring them to be their best selves. When an idea landed in her head, there was no stopping her. And she wouldn’t stop until you were right in there with her, too.” 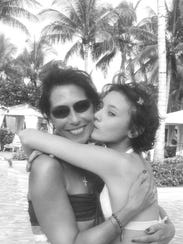 How to cope with birthdays and Mother’s Day:

“Grief has its own calendar and I have learned not to anticipate what days will hurt more than others. I was given the extraordinary gift of three beautiful, loving, strong daughters and I cherish that gift on Mother’s Day and always.”

“A critical step in treating any cancer starts with early diagnosis,” Matthews, said noting the unique challenges of diagnosing childhood cancer. “When children complain of pain, doctors and families do not initially think of cancer and thus it can take longer to diagnose. In 80 percent of kids, the cancer has already spread to other areas of the body by the time it is found. Other than doctors routinely testing a child’s blood count during an annual physical (which can identify leukemia) there is no screening for children at this time. Ultimately, more philanthropic dollars and government funding for research is needed for better screening and treatment of childhood cancer.”